From an email response:

As a parent who went to school when there were no cell phones, of course, I would prefer they not have them at school.  The phones monopolize their time and focus.  The kids are so mesmerized with technology that they are not as social with their friends, they walk around school like zombies holding devices in their hands, and they judge life by how many likes they have received or how many followers they have or  how many emails they have, tweets, Snapchats, Instagram messages, etc.

However, all of this is a sign of the times.  Kids nowadays want to stay connected socially.  Due to the direction of communication, it is a little unreasonable to say phones are prohibited.  I think they should have some time to be able to use their phones at lunch or in between classes unless they are late arriving to class on a regular basis.

[Cell phone policing] requires “discipline” time which takes away from regular class time.  Teens do not want to be treated as children, but they do make it difficult.  My concern is kids are focusing on the phones during class, looking at things they should not be looking at, possibly cheating by using photos of notes or even being distracted by issues that they may be dealing with on their phones.

Also, as a parent who is considering a new iPhone for my kids, there is a concern of theft.  We have had it happen several times as our kids are too trusting.  They truly believed that no one would take their phone.  Lessons learned.

So, lots of pros and cons, but I do believe technology is continuing to advance and there are many things available to kids nowadays.  I honestly would rather them have all of their textbooks at the touch of a button on their phones rather than carrying all of the books around.  Technology does have it advantages.  I just believe that phones have to be completely put away or possibly even given to the teacher during tests.  This is where the true dilemma lies.  Of course, we dealt with “note passing” in our day!

My position on religion is not a requirement or qualification for being a member of the Fayette County School... read more 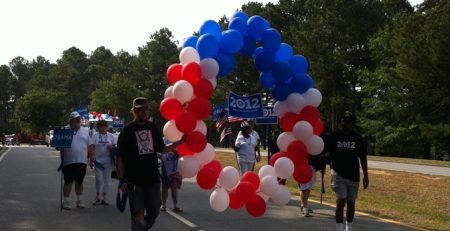 Many of you might remember when Tony Wagner, author of The Global Achievement Gap visited our community several years ago. Wagner,... read more

Cell Phones in Schools? Here is our current policy on cell phones and technology: Students shall not be permitted to use... read more

A new school year, already? It’s almost time for school to start again, and as usual, I am approaching the... read more

Can’t be up to the teacher to enforce

From an email: The lines between technology in the schools and using personal cellular devices have become fuzzy.  There are... read more

We Have More Money?

Imagine my bemusement when I checked out my local “newspaper”‘s website and discovered a whole front page article based... read more