As a party to the case, and the only attorney elected to either the School Board or County Commission, I can’t get into too many details regarding the School Board’s official legal position. And of course these thoughts are solely my own.

The Voting Rights Act has been the law since before I was born. My whole life it has been against the law anywhere in the United States of America to have any “voting standard, practice, or procedure that results in the denial or abridgement of the right of any citizen to vote on account of race.” And, throughout my life, most of the cases under Section 2 of this Act have involved challenges to at-large election systems.

In the past 50 years, various Court cases and Congressional amendments have provided a three-part test and six general factors to determine whether our at-large system is allowed. I believe that, using this analysis on the 2010 Census figures that the lawsuit is based on, you can make a rational, but not strong, argument that our at-large system isn’t technically illegal.

A United States District Court Judge (from Newnan) wrote an 81 page opinion disagreeing with that argument. He found that our at-large voting system violated the Voting Rights act and ordered a change to district voting.

Because of some procedural issues, we now have the opportunity to argue the same facts before the same Judge. Could he change his mind? It’s possible, I guess.

And this case is based on 2010 data. If we were to use today’s demographic data, I’m not as convinced you could rationally argue that our at-large system isn’t right now against the law. And I’m pretty positive that our system will be clearly illegal based on census data from 2020.

I’ve only been in Fayette County since 1997. I’m not a historian. But it does seem like there are a lot of lessons from Voting Rights battles throughout the Atlanta metro area. Counties and municipalities that fight changes to voting systems tooth and nail fail.

So I don’t think it’s worth continuing to spend our taxpayer dollars to try to get a Judge to change his mind so we can have three more elections the way we were used to. But more importantly I think continuing to fight this lawsuit is bad for our community.

I’ve heard people say that we’re different in Fayette. And in many ways we are.

Don’t get me wrong. We still have anonymous letters complaining about our “ghetto” school. I still got emails during redistricting that insisted that “sending our children to the black schools is unacceptable.” We still have elected officials posting overtly racist comments on Facebook.

But we also have some of the most diverse schools anywhere. And we have a group of thoughtful diverse community leaders trying to move our community forward through the Fayette Visioning project. Through this project, a concerted and direct effort was made to collect data about our county and talk to a wide-ranging diverse group of residents.

I urge you to look at the Competitive Assessment where this data is presented. Here’s just one quote: “It must be stated again that blacks did perceive Fayette County as a whole to be less welcoming and inclusive than whites.“

The inescapable conclusion is that despite our efforts thus far, there remains a racial divide in Fayette County. And this is borne out in the recommendations in the actual Vision Plan:

“As Fayette continues to change, it is important that people of all backgrounds feel welcome and a part of a broader community. Through a candid assessment of obstacles related to minority leadership, a formal celebration of the changes that are occurring in Fayette County, and increased visibility of opportunities to donate locally, all residents will be able to stake a claim in the future of the county.”

We cannot claim to be working hard to bridge our divides on one hand and on the other spend money to defend one of the conditions that caused them.

We can succeed in becoming the multicultural multiracial global leader that we aspire to be.

Or we can, through our actions, continue to undermine our potential progress.

Spending our tax money to argue to maintain a system that has historically contributed to lack of representation and diversity in leadership positions seems to send the very opposite message.

I urge my fellow Board Members and members of the County Commission to move to settle this case. Let us not continue to waste time and money fighting the very battle we say we are past having.

Dear Editor, Our family has been quite upset since reading last week’s published attack on Sandy Creek High School. How can... read more

The Future of Our Schools

Did you notice it was election season? One thing is certain. When it comes to elections, politicians like to talk... read more

What a long strange year it’s been. I can not imagine a school year where we focused more on adult... read more

Imagine my bemusement when I checked out my local “newspaper”‘s website and discovered a whole front page article based... read more

I think I’m going to like the book. But I’m always a little surprised when people talk about “reimagining... read more 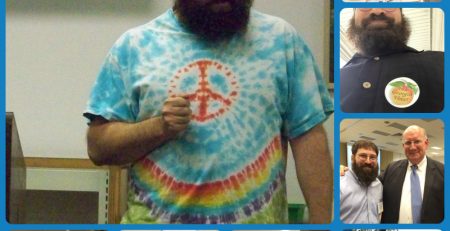 From an email response: My 2 cents on your questions about cell phones (and applies to most of the policies) #1... read more 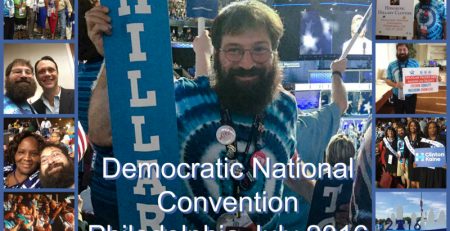 Wow! Attending the convention as a delegate for Hillary Clinton was an incredible and uplifting experience! I posted a lot... read more