I’ve written about District Voting before. Here when I first got appointed to the School Board, and again here earlier this year. I wanted to share a press release issued today by The Fayette Democratic Women. I hope you can attend the Board of Elections meeting tomorrow and let them know, that even though the County Commission cowardly left the decision to them, they still can do the right thing and replace our beloved Commissioner using the same voting system that elected her.

Commissioner Coston, elected in the majority-black District 5, took office in January 2015. She died of cancer on July 3.

Until Coston’s election last November, no black candidate had ever been elected to either the County Commission or the Board of Education in Fayette County’s 194-year history. Black residents comprise 20 percent of the County’s population. In 2013 a federal court found that Fayette County’s at-large voting system violated the Voting Rights Act. A district map was drawn in 2014 to ensure better representation. Last November’s election was the first use of the district-voting system. It resulted in the victories of both Pota Coston and Leonard Presberg (Board of Education).

The County Commission has asked the Elections Board to approve a September 15 special election using the at-large maps drawn in 2012.

A 1967 local code that calls for at-large special elections under the at-large system went unchanged after the federal court order, and is at issue as the basis for approval today. The Commissioners and the Board of Elections have options. They may interpret the code as to hold a special election using the same rules as the regular election that preceded it. Alternatively, they may instruct their attorneys to offer, with the NAACP, an order for the judge to sign ordering the election proceed only in District 5. They could also choose to settle their appeal of district voting.

At the Commission’s meeting last week, attended by a large crowd of community members, the Commissioners were asked to uphold fellow Commissioner Coston’s historic fight and legacy and to protect voting rights in Fayette County.

Bernie Coston, husband of Pota Coston, told the Commissioners, “My wife gave her life for this county, and now, now is the time for each and every one of you to give back to her.”

The decision to proceed under at-large or district voting for the special election lies with the county’s three-member Board of Elections. The Elections Board will meet Tuesday, July 14, at 5:00 p.m. in the Commission’s meeting room, 140 Stonewall Ave W, Fayetteville, GA 30214.

Looking forward to a great 2014! I can’t believe I’m entering the last year of my appointed term. As I... read more

Cell Phones in Schools? Here is our current policy on cell phones and technology: Students shall not be permitted to use... read more

A new school year, already? It’s almost time for school to start again, and as usual, I am approaching the... read more

State of the School System

Challenges and Opportunities Abound How is your 2013 shaping up? I continue to be excited and energized by my work on... read more

Last night, the Fayette County School Board had an opportunity to move forward in our quest to provide our... read more

What a long strange year it’s been. I can not imagine a school year where we focused more on adult... read more 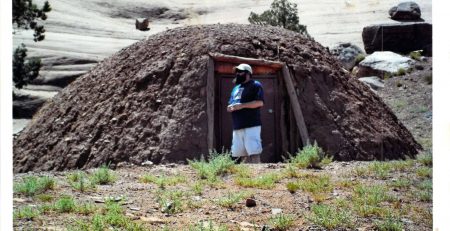 Some Thoughts on a Mission to Navajoland

Last month I participated in a mission trip to St. Christopher’s Mission in Navajoland. For those of you that know me,... read more